It’s often said that if someone really loves you, they will be there for you when times are tough. Many a meme and relationship article remind us to appreciate the friends and mates who remain close when you’re pinching pennies after a job loss, struggling to deal with a drinking problem, or overcoming a bout of depression brought on by a break up with the chick you thought was going to be your wife one day. If your friends offer to help, lend an ear when you need to bitch about your sneaky adversary at the office, and bring you a gallon of mocha mint caramel hazelnut cherry fudge ice cream when you whine that you’re too heartbroken to leave the house, then those friends are keepers!

This is all true, but what’s rarely acknowledged is that an even bigger indicator that your loved ones love you is when they stick around when your life is going great.

For insecure people with a tendency toward envy, or people who are simply not in a happy place in their own lives yet, it’s much easier to listen to a friend complain about hating their boss, complain about a cheating boyfriend, or watch as you struggle with a freshly diagnosed mood disorder. Why? Because misery loves company. Those friends can easily lend an ear, bring you some hot soup when you’re sick, and tell you to dump your S.O. because it makes them feel better about their own lives to see someone else’s life in disarray, and because your life is currently nothing to envy from their point of view, so being near you doesn’t threaten their self-image or heighten their insecurity.

To truly know if your friends love you, watch how they behave when things are looking up. Beware the friend, relative, or lover who has a difficult time being happy for you when you get that job promotion, get married and start a family, or your book gets published. Negative, toxic people will try to rain on your parade and bring you down because it’s easier than trying to better themselves and improve their own lives. Your real friends will shout “Yay! Let’s get some drinks to celebrate!” as easily as when they shout “What a jerk! Let’s get some drinks and talk about it.”

For example, I have a friend we’ll call Shelly, who told me after she got engaged to her boyfriend of a year that she was hurt when she noticed a couple of friends started backing away. Shelly was happy with Bart and it was obvious to anyone who’d spent any time around them that they were a great couple. These two particular friends acted indifferent to her announcement of their engagement, and even mentioned they thought she might be rushing into things with Bart by suggesting they hadn’t tried cohabitation, so maybe they should hold off and move in together first? I only knew of one of the friends she spoke of, so I asked her about the other. Is it a coincidence that Negative Nancy had just broken up with a boyfriend and Debby Downer hadn’t dated in a long time? Probably not.

I have some personal experience with this as well. When I met my husband, a long-time friend became negative about our new relationship, dismissing my happiness as “the honeymoon phase” and withdrawing around the time my husband and I moved in together. I suspected she was jealous, as she had just been dealing with some heartache after a guy she had developed feelings for told her he had a girlfriend. I was empathetic, until her negativity became toxic. Needless to say, she wasn’t invited to our wedding.

When you love someone, you want them to be happy. Your insecurities and ego won’t trump that. Instead, when someone you love becomes successful, you’ll be inspired by them to work on your own goals! 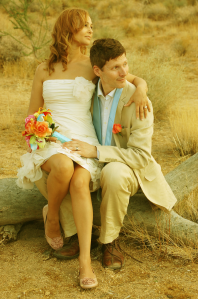