Fashion designer Carolina Herrera repeated a cliche recently in an interview, during which she was asked about the current celebrity/fashion trend of naked dresses (exhibit A, below). She dismissed the trend, and said, “In life, there should be a little mystery.”

Ah, she trotted out the “mystery” line. You’ve heard it before. It’s used to shame women for dressing less modestly than what the shamers consider “classy”. You’ve also heard its variation, “Women should leave a little to the imagination.”

What the fuck does that even mean, in the real world? Have you ever stopped to consider what that even really means? Who are we being told we need to leave some “mystery” for? Potential suitors? Does this cliche assert that men lose interest in a woman if he can see her body? And does this mean it only applies to single women, so if you’re married then you can show all the skin you want because you aren’t out to attract a mate? What the fuck planet are they living on, because on planet Earth, the male species has never been known to let some more visible skin than usual keep them from being physically attracted to a beautiful person.

To be clear, I’m not referring to otherwise obvious bad taste in attire (see Lil Kim, exhibit B, below). You can look classy while showing a lot of skin, and you can appear “trashy” while covered up. If you look like an unkempt homeless hooker, then being told you should leave more to the “imagination” is probably misplaced, as you are more likely to need rehab or some other more serious help. Though, sometimes I think entertainers should be exempt from this criticism, as they are often viewed as performing with their attention-getting outfits, but this is debatable. 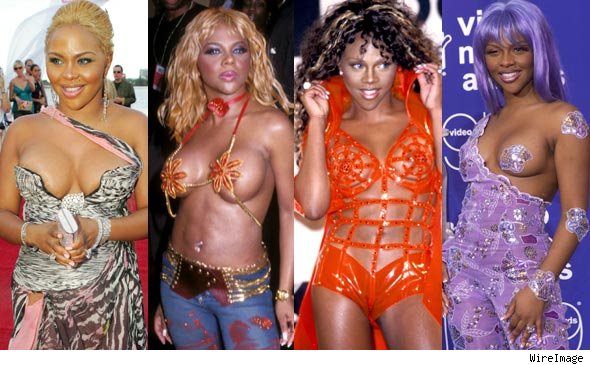 You’ll sometimes hear men claim they like a lady who leaves a little to the imagination, too. What that means is, “I’m too insecure to be with a woman who owns her sexuality and I worry about other people making ignorant assumptions that if she shows cleavage, too much leg, etc, then she must be a promiscuous train-wreck.”

When David Beckham sports 6-pack abs and underwear in an advertisement, do we hear women claim that he’s not sexy or classy? If a man wears clothes (see exhibit C, below) that make it apparent that he spends time at the gym, does society assume he must not have respect for himself? Do women say to their best friend, “He’s handsome, but I like a guy who leaves a little more to the imagination”? 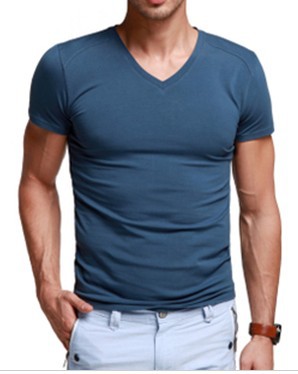 What exactly do we need to manipulate people into imagining, anyway? Do people who assert this cliche as truth really believe that it’s necessary for men to eyeball us through our modest clothing, pretending to have X-Ray vision, to develop interest in us? That once our nude (or nearly nude) bodies are viewed, they’ll surely lose all interest? Does this mean that couples who’ve seen each other naked but continue to be sexually attracted to each other are really just putting on a ruse, that they actually stopped having sex almost as soon as the “mystery” was gone and there was nothing left to the “imagination”?

Anyway, this is related to the often-repeated belief that while dating someone new, you should be mysterious by refraining from opening up too much and disclosing a lot about yourself right away. Even “experts” will encourage this nonsense, by telling people that they should “leave a little mystery” by letting your date work to get to know you better. Holy moly, where do I start?

I guess I’ll begin with a personal story to illustrate how dumb this is. When I met my husband, I was only his model and he was a photographer looking for a muse. The first time we shot together, we spent hours shooting different themes with varied costumes and props, but most of the time I was nude (exhibit D, below). We had fun, but we didn’t truly connect until we sat down to chat over coffee after the session was over. It was so easy to talk to him, and conversation flowed from one topic to the other, taking a natural course. I opened up about having survived a brain tumor when I was 17 years old, about what it was like to grow up in the Midwest with a mom from Africa, about being in school and dreaming of a career in forensic psychology. He talked about living in NYC for 10 years, about surviving a sheltered upbringing in the Midwest, about getting married at 18 years old and getting divorced 2 years later.

Did seeing me naked right off the bat and sharing intimate, deeply personal stories right off the bat make either of us lose interest in each other? As you may have guessed, it did the opposite! We fell in love and knew sooner than later that we were right for each other. We bonded and developed a beautiful trust in each other. Neither of us felt like the other was giving us TMI. Neither of us told our best friends, “But I prefer someone who leaves me wanting more…someone more mysterious.” 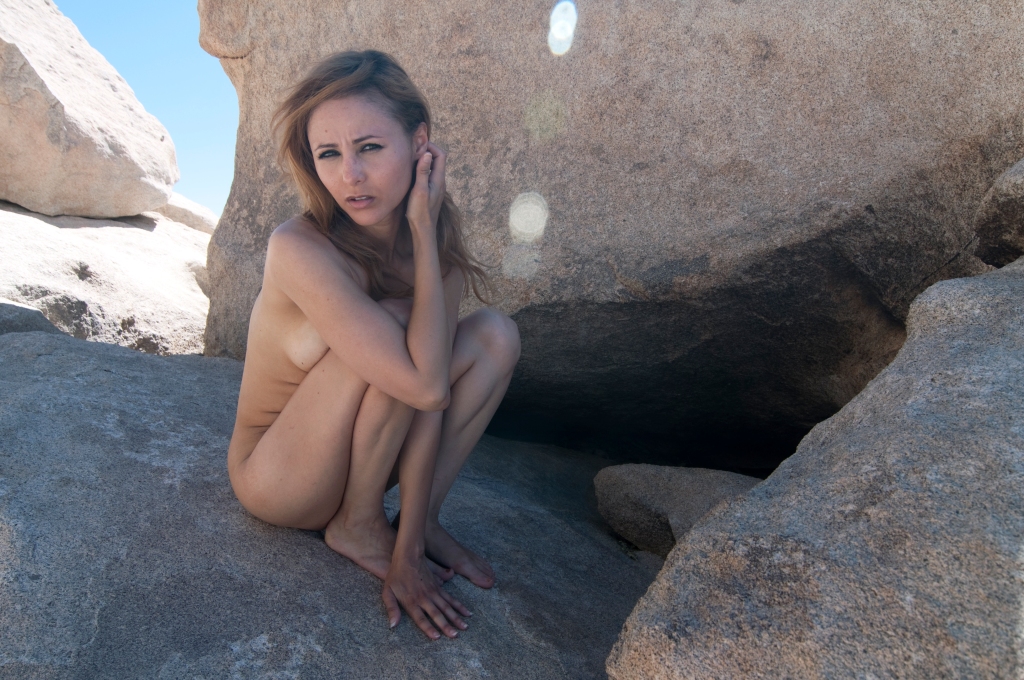 Does this mean you should disclose everything personal right away? No. Clearly, there may be specific things about your past or current life you’d rather reserve for someone who shows they’re trustworthy enough to handle knowing. What I’m discouraging is the false front that the “be mysterious” cliche encourages; the holding back artificially what you’d be comfortable sharing normally, if it weren’t for buying into the cliche.

If you walk away from a date feeling like you don’t really know much about your date yet, and the conversation didn’t flow easily, it’s most likely a sign that you two aren’t right for each other. When two emotionally-healthy people have compatible personalities and are attracted to each other, you walk away feeling a connection and you’re excited to see your date again. Allowing yourself to be vulnerable with someone allows closeness to develop, but putting walls up and keeping certain topics off the table is love’s adversary.

This happens with friendships, too. Think back to your closest friends. Remember how it was your ability to talk to them about anything that sealed the deal? I think we all look for someone we have so much in common with that we bond over all of the “Me too!” moments.

Dude: “I went to an all-boys school and it fucking sucked donkey balls.”

Chick: “I battled anorexia when I was a teenager. I’m healthy now though.”

Friend: “Me too! I still struggle with allowing myself some chocolate now and then though.”

So please, for the love of humanity, leave the mystery for fiction writers and leave it out of your love life.

One thought on “Do You Need To “Leave A Little Mystery”?”